Performers and local celebrities delighted with Life Stream: “EXIT is a bright light” 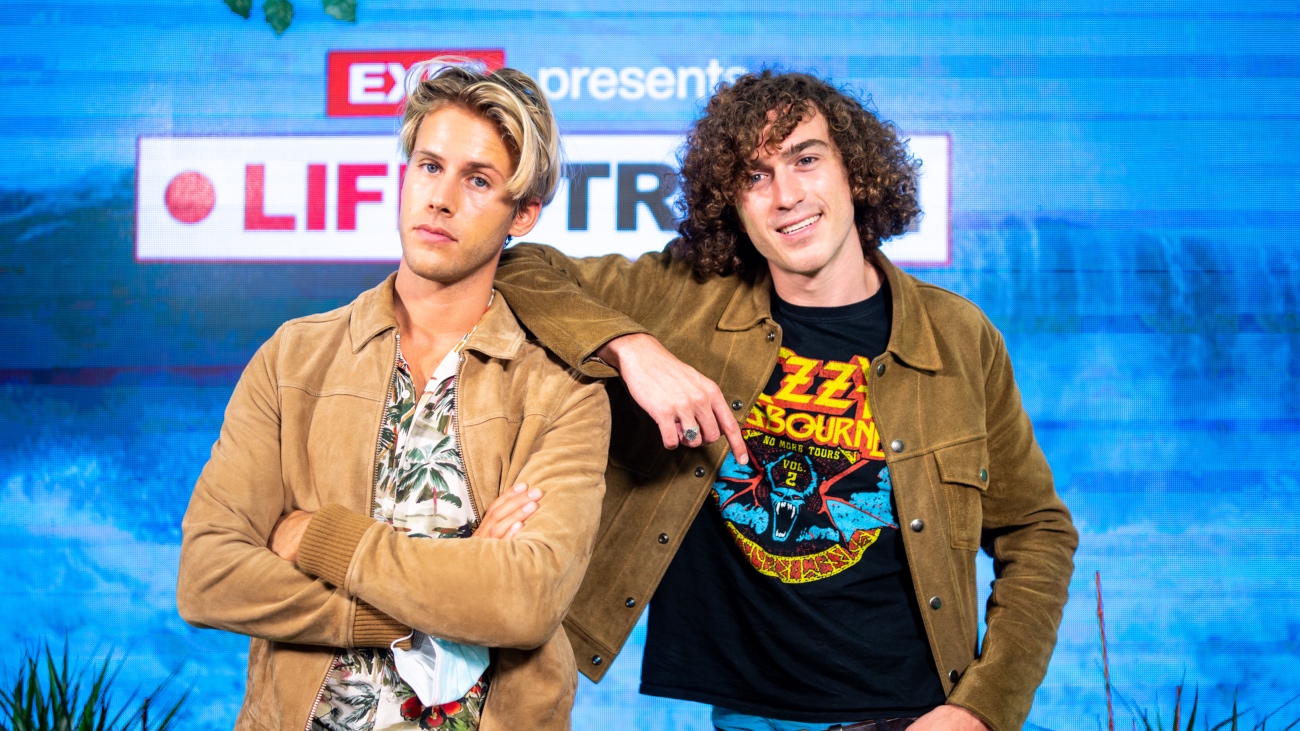 Exit’s Life Stream, a project that took place live from the 3rd to the 6th of September, at the Petrovaradin Fortress, in addition to top musicians, gathered some of the most famous personalities from the Serbian cultural scene, who were visibly delighted with both the mission and the organization of the entire event.

Viktor Savić, Bojan Perić, Aleksandra Tomić, Aleksandar Radojičić, along with performers Satori, Burak Yeter and the Ofenbach duo, conveyed their impressions of one of the few full-blooded live festivals that took place this year, a project implemented by EXIT in cooperation with the United Nations World Food Programme, the largest humanitarian organization in the world.

How the Life Stream event looked and sounded, audiences from around the world will be able to see over two long weekends, from September 17th to 20th and from September 24th to 27th, when exclusive premieres of the performances are coming from mts Dance Arena, featuring some of the world’s greatest electronic performers, including Carl Cox, Charlotte de Witte, Adam Beyer, Nina Kraviz, Ben Klock, Paul van Dyk, Ofenbach, Mahmut Orhan, Satori live, Black Coffee and many more.

The humanitarian character of the Life Stream project was a strong motive for some of the most influential people in Serbia to draw attention to burning issues, but also to the importance of such an event for all of us. Thus, actor Aleksandar Radojičić referred to the message and the idea of the Life Stream project and stated: “It’s a small thing for us to share the Life Stream and to invite people to get involved, and in that way help people from around the world, of course with the help of EXIT and the United Nations.”

Viktor Savić and Bojan Perić agreed on one thing, that the only thing that was available to everyone while we were in lockdown for months was music, as well as that after the situation with the virus on the global level, and with the cancellation of all concerts, performances and festivals, EXIT once again reappeared as the bright light.

For actress Aleksandra Tomić, the Life Stream project held at the Fortress meant freedom: “I remember when I first visited EXIT, it was like going to a freedom movement and it was completely crazy in those years. Now, 20 years later, this is still a freedom movement and that is, I believe, the most important and the biggest thing, when it comes to EXIT.”

The performers clearly pointed out the importance of the project, reminding us once again of the significance of music in difficult times. Satori stated that music goes beyond borders, religion, cultures and countries, and is the frequency that touches people’s hearts, while Tijana T believes that it is very important for music to maintain itself, and that we cannot forget that music must not stop.

The young French duo Ofenbach thinks that what EXIT did is very important, by showing people that everyone still wants to see the performers on stage and have fun, while Burak Yeter took the opportunity to congratulate the EXIT Festival: “You guys are the best. It is very difficult to organize a festival like this at the moment.”

Henry Ammar, a well-known international motivational speaker, who flew in from Los Angeles for this occasion, was a special guest of the Life Stream event at the Petrovaradin Fortress. Ammar came to Novi Sad to support the project and contribute to the raising of awareness among young people about the important issues of the humanity. Ammar underlined the importance of what EXIT is doing: “Through music and art, we can all unite, because music brings people together and I love that EXIT is doing it, I love that EXIT said: We’re going to bring people together and we’re going to actually make a difference”, said Ammar, adding that he believes that it is the younger generations who will change the world.

With this event, Life Stream entered its new phase in partnership with the United Nations World Food Programme. The project, launched last year, together with the Green R:Evolution, represents EXIT’s largest environmental endeavor to date, expands its reach in partnership with the world’s largest humanitarian organization and in addition to environmental protection, highlights the problem of ending extreme hunger for millions around the world. Given that the pandemic and quarantine measures will bring as many as 270 million people face to face with the problem of extreme hunger before the end of 2020, which is an increase of 80 percent compared to last year, the consequences will be the most severe for those who are already vulnerable.