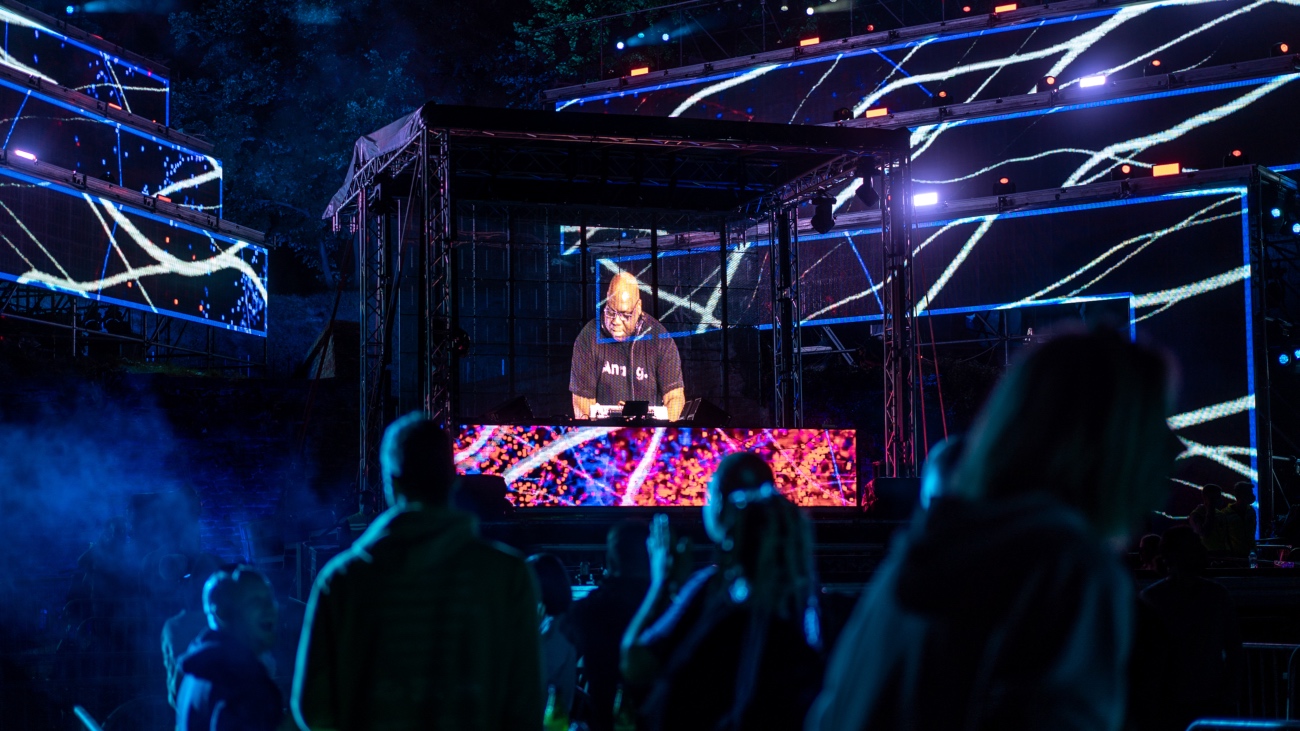 After four fantastic days of performances at the Petrovaradin Fortress, Exit’s Life Stream, a project realized in partnership with the United Nations World Food Programme, is set to appear before a multimillion-strong global audience.

The first extended streaming weekend, from Thursday the 17th to Sunday the 20th of September, brings exclusive premieres of Life Stream performances by some of the biggest electronic artists in the world, including Carl Cox, Black Coffee, Ofenbach, Burak Yeter, DJ Tennis, but also a strong domestic support from Marko Nastić, Ilija Djoković, Coeus, Space Motion, Lag and the young duo Divolly & Markward.

On Thursday, September 17th, starting at 20:20 CET, the first streaming weekend will begin with a set from the legendary Carl Cox, followed by a performance by Ilija Djoković at 22:20 and Lag at 23:20.

Friday, September 18th is reserved for performances by the popular French duo Ofenbach which will be broadcasted at 20:20, then Burak Yeter starting at 21:50 and the local duo Divolly & Markward at 23:05.

Streams of performances from techno diva Nina Kraviz scheduled for 20:20, Marko Nastić at 22:10, and Space Motion at 23:20 have been prepared for Saturday, September 19th.

As an integral part of the footage of all performances, videos and messages which speak about the mission of the Life Stream project and the work of the United Nations World Food Programme will be broadcasted, as well as advertising numerous cultural and tourist sites from Novi Sad and Serbia with support from Serbian Ministry of Trade, Tourism and Telecommunications and the City of Novi Sad. It will also be possible to donate directly to the World Food Programme through their official website. The first teaser recording, the one of Charlotte de Witte’s performance, was broadcasted on September 5th. It gathered more than 600,000 views and resonated in the global music industry, both due to one of the most spectacular productions of this year, as well as due to the fact that EXIT is one of the few music festivals on the planet that offered the audience a full-blooded live experience instead of a virtual one.

The second weekend of the Life Stream performances is scheduled from Thursday, September 24th to Sunday, September 27th, when sets from Charlotte de Witte, Paul van Dyk, Mahmut Orhan, Ben Klock, Adam Beyer and many others will be broadcasted.

With this event, Life Stream entered its new phase in partnership with the United Nations World Food Programme. The project, launched last year, together with the Green R:Evolution, represents EXIT’s largest environmental endeavor to date, expands its reach in partnership with the world’s largest humanitarian organization and in addition to environmental protection, highlights the problem of ending extreme hunger for millions around the world. Given that the pandemic and quarantine measures will bring as many as 270 million people face to face with the problem of extreme hunger before the end of 2020, which is an increase of 80 percent compared to last year, the consequences will be the most severe for those who are already vulnerable.